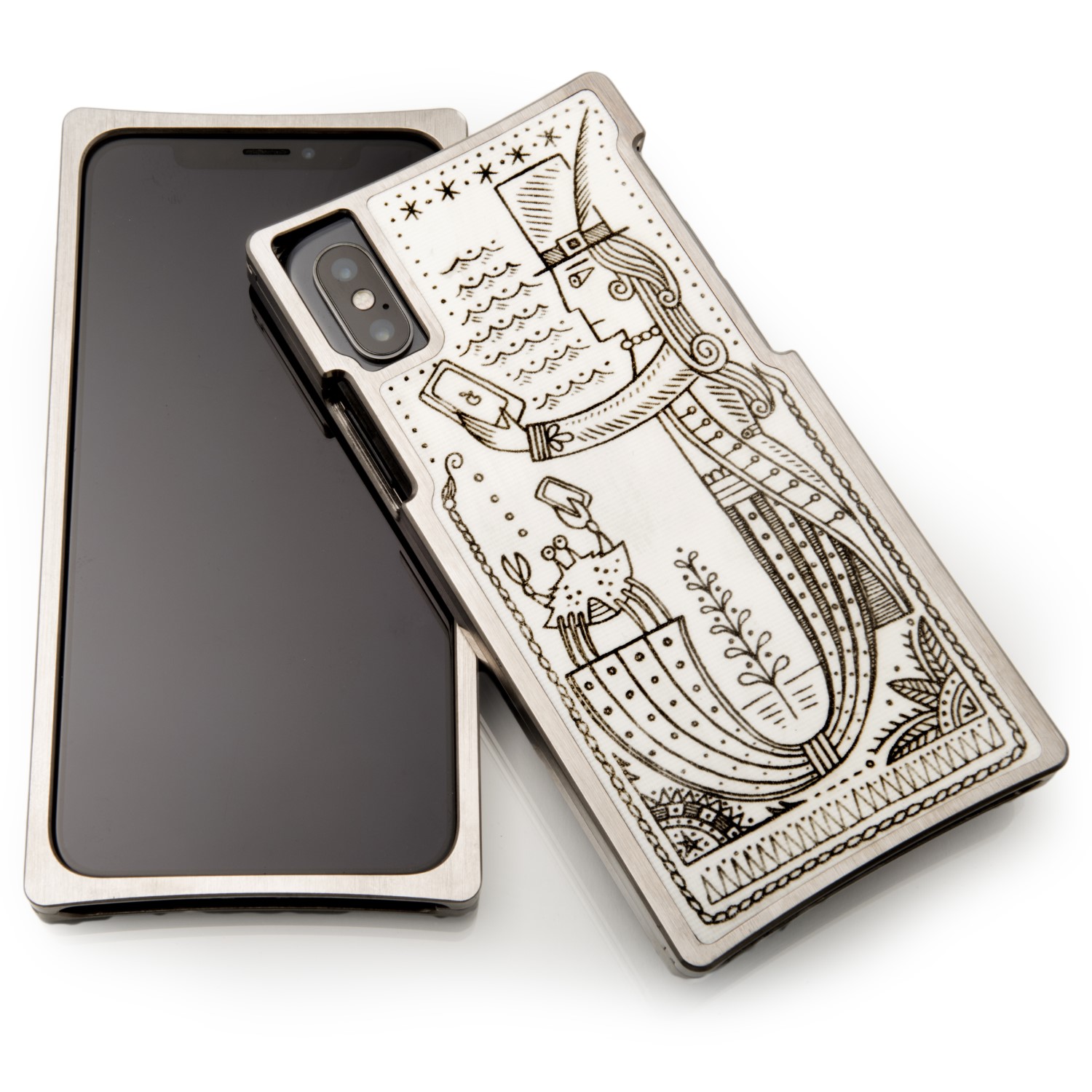 We are proud to present a limited edition print on the back of our EXOvault case.  We have worked with Duke Riley to make three very special objects. Will will be only making 100 of these. Each will be hand numbered and signed by the artist. They are available for the iPhone X, XS and XS Max. They are $600 each with $300 going directly to the artist.  You may pick a Brass or Nickel case. You can find out more about Duke at his website: 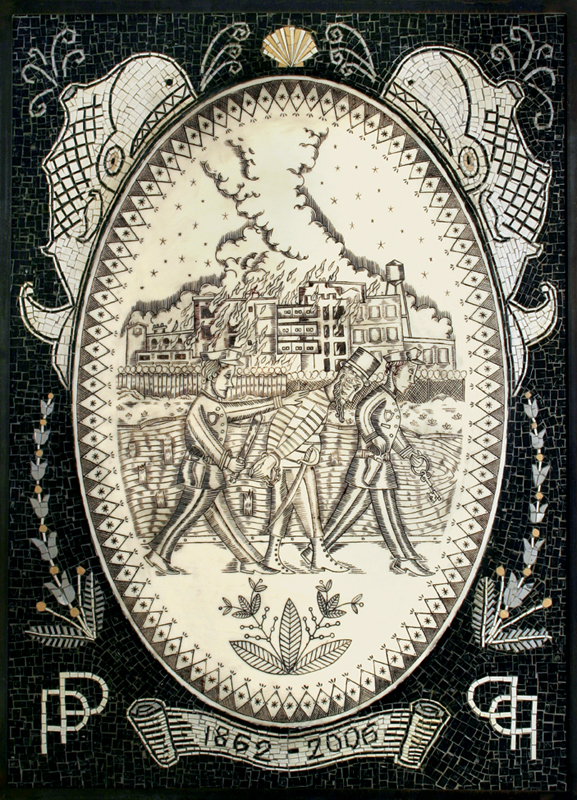 Lives and works in New York.

Duke Riley explores the struggles of marginal peoples who exist, perhaps forgotten, within larger encompassing societies, looking at such issues as the tension between individual and collective behavior, and conflict with institutional power. Riley is known for work that combines the seafarer’s craft with nautical history through drawing, printmaking, mosaic, sculpture, performative interventions, and video, structured as complex multimedia installations.

Riley has had solo exhibitions at Magnan Metz Gallery, New York City; the Museum of Contemporary Art Cleveland; the Queens Museum of Art, Queens, NY; and the Havana Biennial (2009 and 2015), among other venues. He has received numerous awards and commissions, including a Joan Mitchell Foundation Painters & Sculptors Grant, the U.S. State Department’s SmARTpower Program in China and the MTA Arts For Transit commission for the Beach 98th Street Station renovation. In spring of 2016, Riley partnered with Creative Time and the Brooklyn Navy Yard to produce the public art sensation, ‘Fly By Night’, which was again produced in 2018 by 1418 Now and the London International Festival of Theater.  Born in Boston, he received his BFA from the Rhode Island School of Design, in Providence, before moving to New York, settling in Brooklyn, and earning his M.F.A. from Pratt Institute.

We laser engrave on very durable white G10. The image has texture and will last years, only getting better with a natural use. 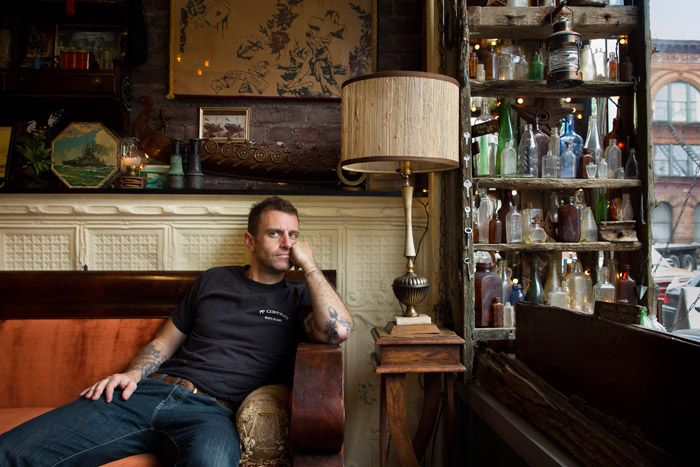 Duke in his studio 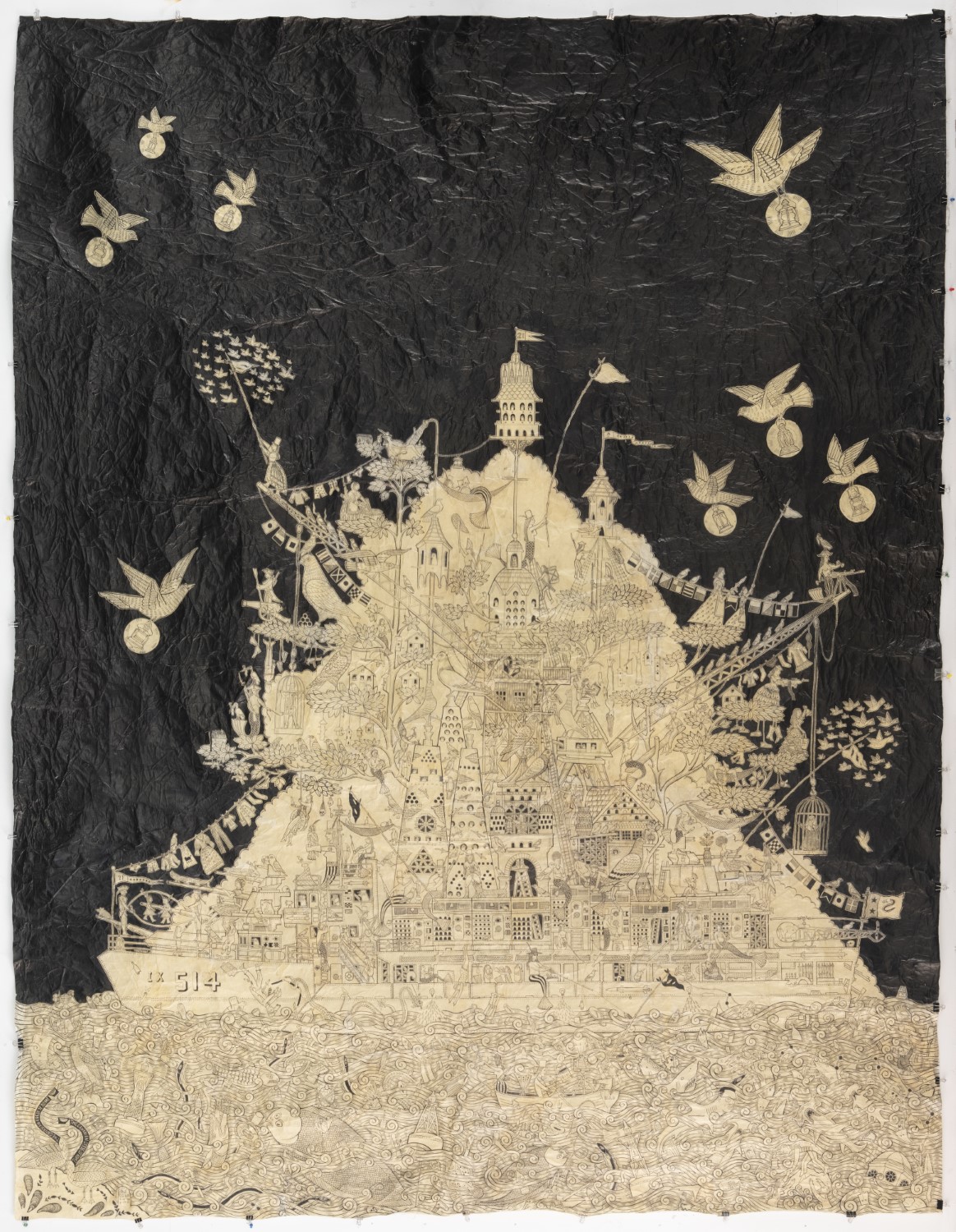 Its Coming Through A Hole In The Air 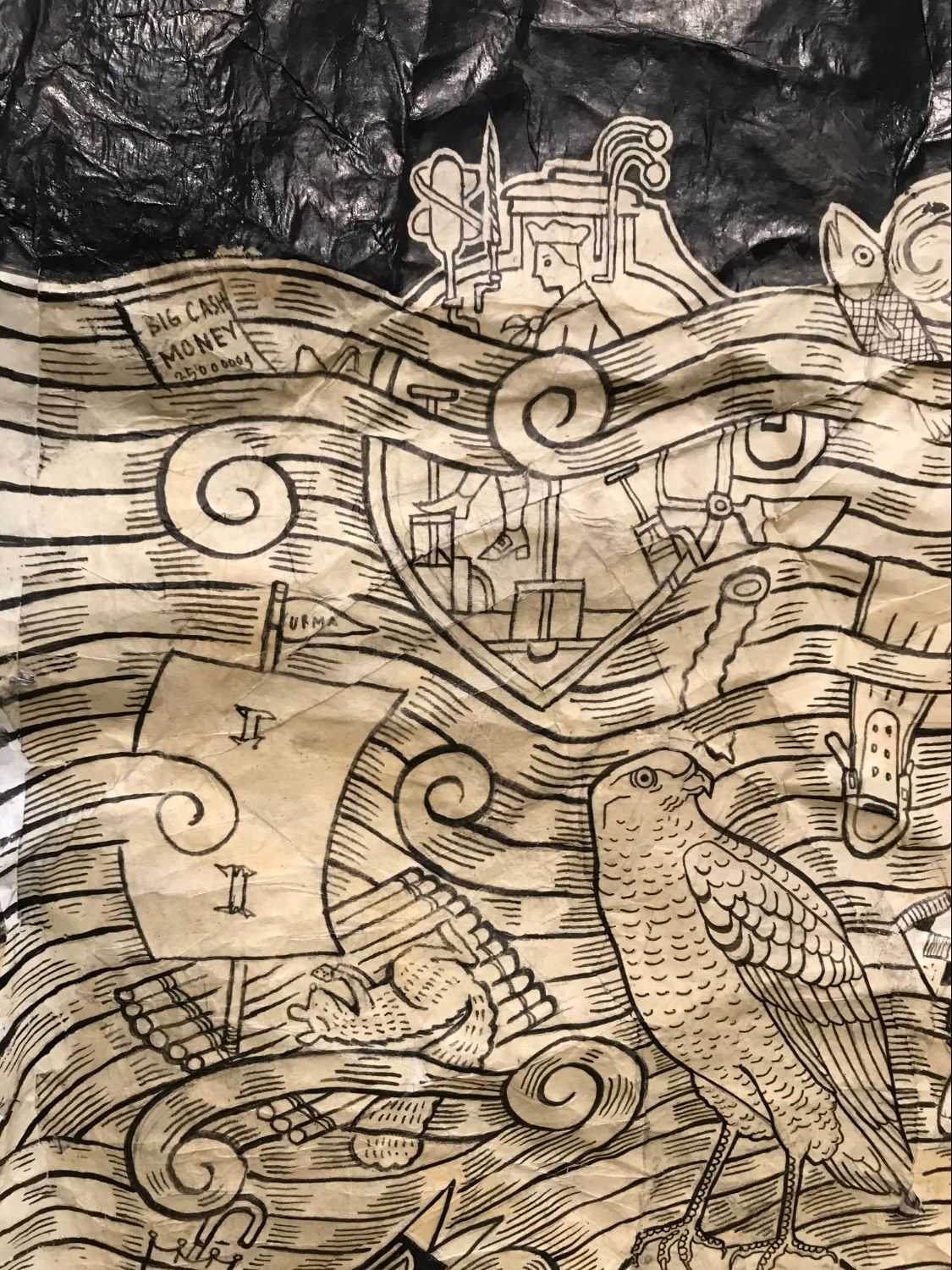 Its Coming Through A Hole In The Air (Detail)